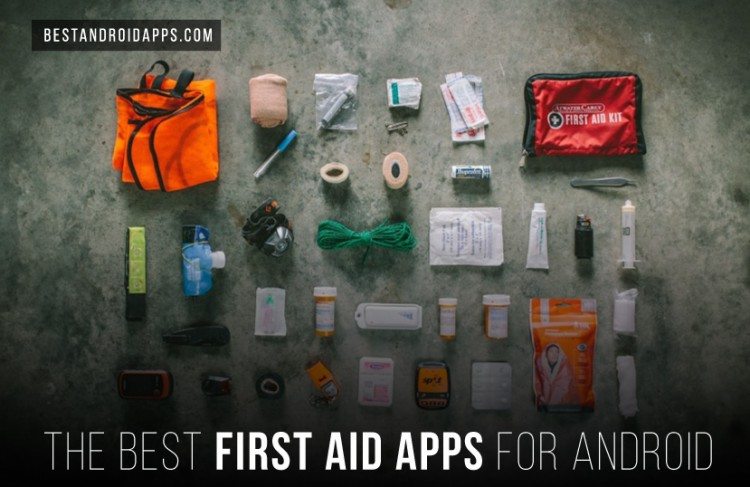 In case most of you feel the most you’ll ever come to terms with in first aid response is putting a band-aid on someone or calling an ambulance, you’re going to be shocked to know that the chances of encountering an emergency situation is a lot higher than you expect. Recently, a loved one of ours suffered a heart attack in his home during December. Although all signs seemed to point to Sudden Cardiac Arrest, there remains the smallest bit of doubt that if we had known what we know now, maybe it would have turned out differently. Not knowing how to respond in an emergency can mean the difference between life and death for the victim. Even if you have no idea how first aid is administered these Best First Aid Apps should make learning what to do easier. 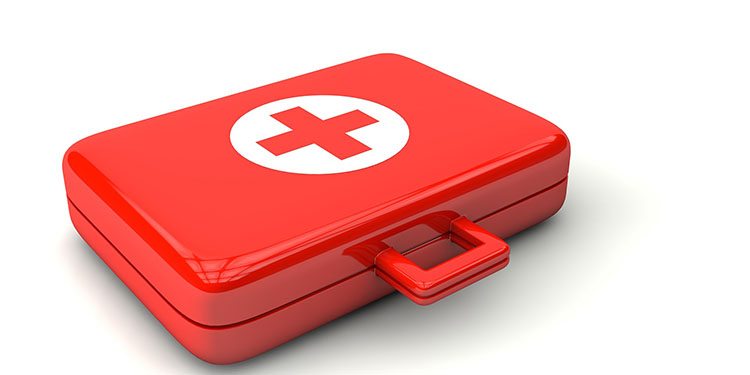 “According to Injury Facts 2015, choking was the fourth leading cause of unintentional injury deaths in 2011.”

The American Red Cross was founded by a woman named Clara Barton in Washington, D.C. on May 21, 1881. Today, this organization remains a leading institution for people affected by disasters in America, health and safety education and training, international relief and development, blood collection, processing and distribution, and support for members of the military and their families. It would stand to reason that they are the de facto “Gold Standard” of health issues when it comes to first aid efforts. Their standalone application on Google Play outlines several ways to access this wealth of information. A person may navigate the material design cards in a fashion that is really useful.

Concerning first aid, the initial actions in the first moments of an emergency can mean the difference between life and death. Giving the right type of care before paramedics or doctors arrive on the scene is very important. The Emergency tab breaks things down as simple as possible. The topics are arranged by condition. There are such examples like:

Each topic then breaks down the symptoms in easy to understand questions that one either answers yes or no to. From that point, care is determined based on the answers and the necessary actions are advised. 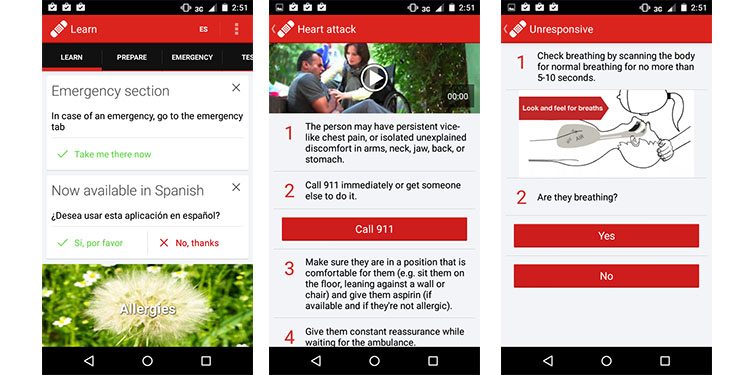 There are other headings besides emergencies for those with a few moments to spare on the bus or in situations where learning is the goal and there are no immediate threats to health and safety. 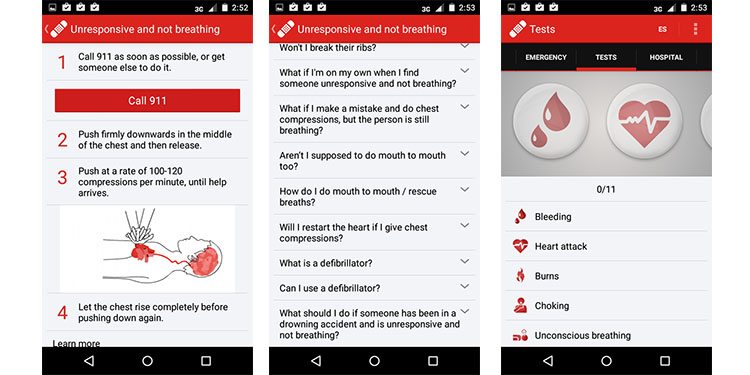 Want to test your knowledge? Try the Tests tab to access questionnaires to challenge what you’ve learned. 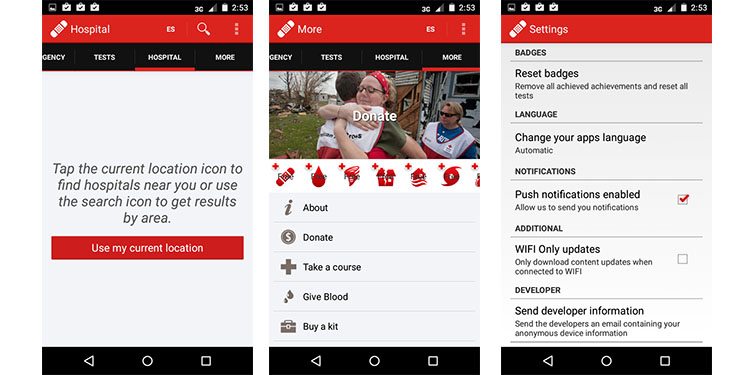 It does have another section that helps one prepare for emergencies. This encourages being pro-active rather than just reactive. 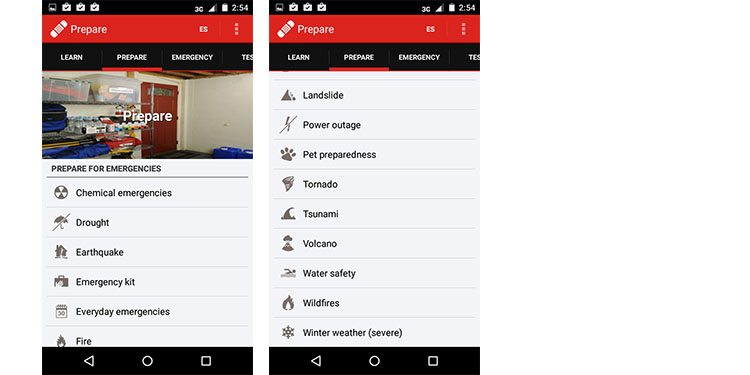 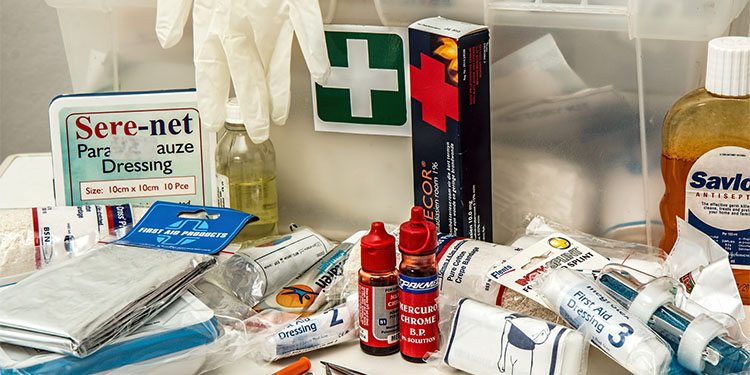 While some attention was paid to juveniles and youth victims of trauma and injury on the American Red Cross First Aid app above, we see a great more depth explored with this offshoot from the British Red Cross. 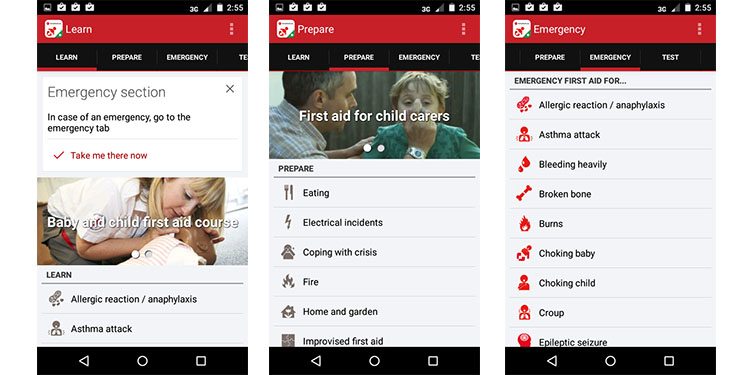 Like its American Counterpart, we see the same sorts of tabulations: learn, prepare, emergency, testing, toolkits, and info. The difference is we see that each of these tabs are geared specifically toward children. 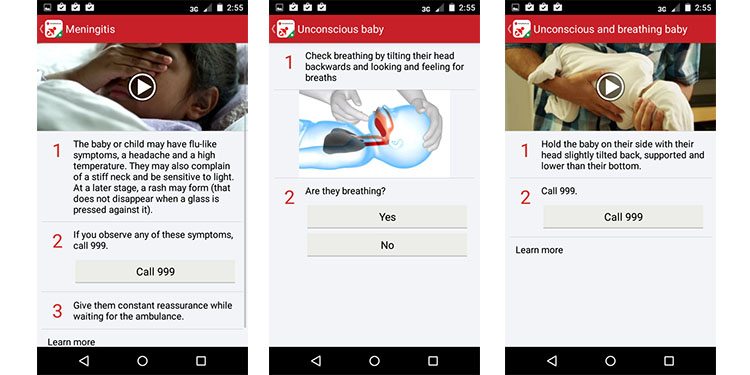 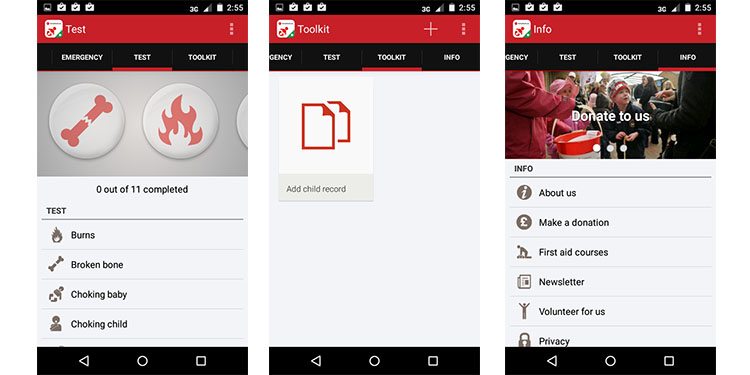 Adding your children’s record is very helpful as it establishes a medical history that doesn’t have to be left to trying to remember in a moment of need. 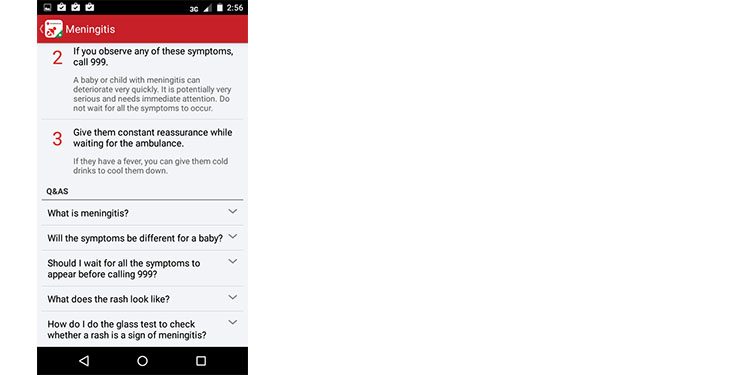 Get Baby and Child First Aid (BRC) on Google Play 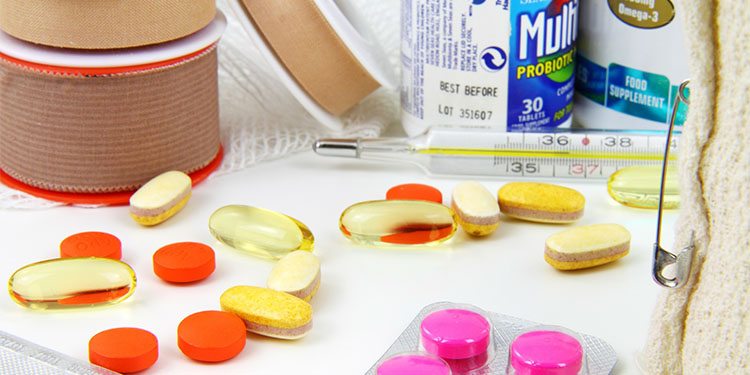 We have covered Adults and Children so far. It would only make sense to include other members of our family. Not everyone feels that they should throw their pets at a veterinarian then call it a day. For some of us, our pets are closer to us than most people and having such elevated positions of importance, we want to make every attempt at keeping them healthy and maybe even applying lifesaving methods between waiting for the Vet and the initial injury. 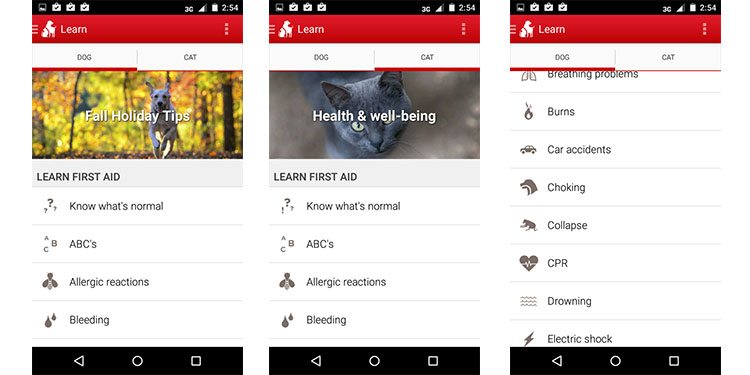 Like the others, it has tabulated sections but here we are limited to choosing the animal. There aren’t many other choices except for Dogs and Cats. 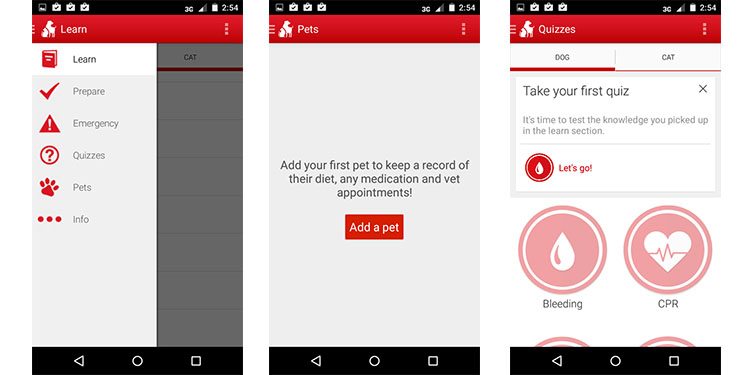 We can see that there are several sections with quizzes being another big point of interest. The more you know, the better you are. 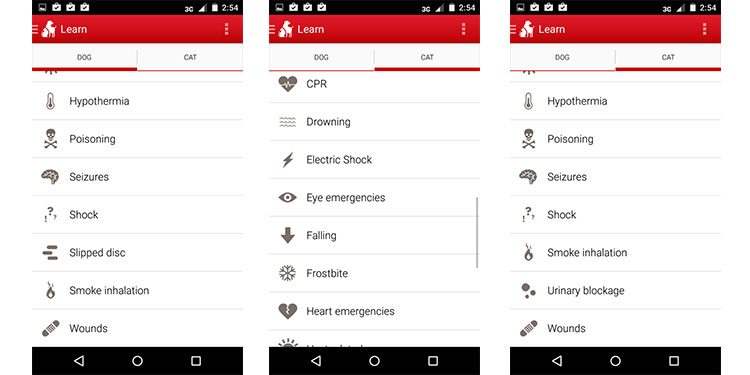 It might be hard to imagine a pet having problems with seizures but it seems to happen. 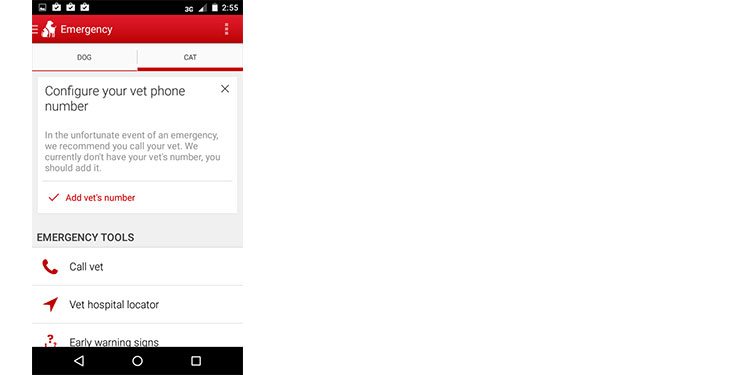 Recently, a tragedy has visited our lives. Someone very dear to us whom we love and think the world of suffered a car accident. While the details remain murky and their outlook by all accounts is dire, what we do know is:

Emergencies happen whether we want them to or not.

We all feel that we are in a position of safety, that those things that happen in the movies would only happen to other people and never our families. This is a false sense of security. Basic knowledge of the human body and the various treatments for infirmities it may suffer out in the world is of the utmost importance. As we’ve stated before, the first moments of care after an accident or injury are some of the most important moments that anyone will face. We urge you to at least have these apps in your phone as insurance for yourself and loved ones with the sincere hope that you may never need it.

But if you do, at least you’ll know exactly what it is you’ll have to do. 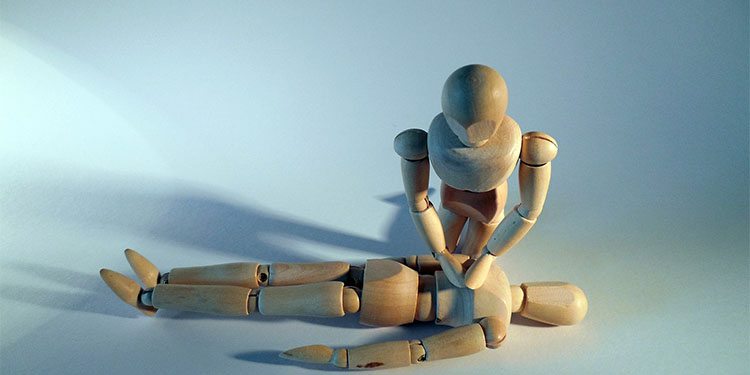