Mobile Reddit Apps? The best to keep you in The Know 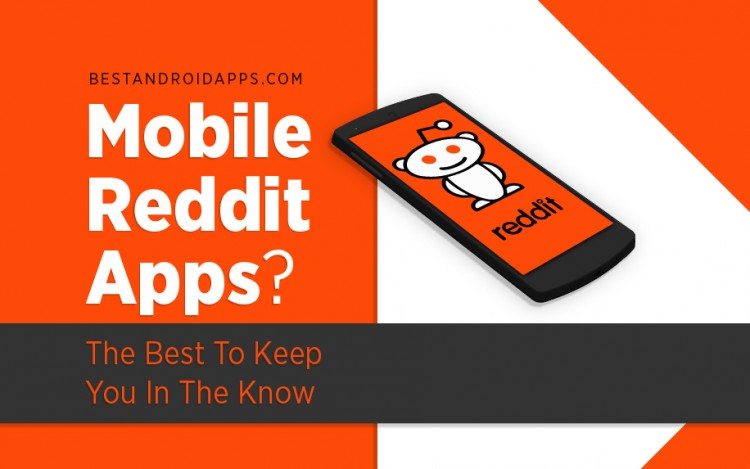 When asked this question, I replied, “…Uh… no…” A very slight, sad, shake of their head was all it took to get me thinking. What exactly am I missing? Maybe if you’re in some dark corner of the world–like myself–and never get out much. You might have also wondered, “What is Reddit anyway?”

Going to Reddit.com I see they proclaim to be, “The Front Page of the Internet.” Ok, I decided, I’ll bite. After a few minutes of skimming through various topics I found it extremely hard to pull away from the various oddities much like in a Goodwill or a Flea Market.

This here is a quick and dirty guide to one of the most popular places on the Internet of things.

What is it and why should I care?

It is in a word, a Forum. Forums populate the interwebs in all shapes and sizes, from interest specific such as those on ArsTechnica and Cnet to the Anti-June-Cleaver variety on Jezebel. While you would need to create some sort of profile in order to post on those sites, in addition to confirming your email address, on Reddit there is no such prerequisite. Anyone with a thought or two can be a participant or just an onlooker.

I wasn’t quite yet ready to take the plunge and make a login credential. I was known as a “lurker” by the redditing community. A lurker is one who makes nary a comment, yet follows various subreddits that interest them.

Subreddits are those groups that are housed in specific places by individuals who feel they want those of like-minded constitution to sit around and chew the digital fat in their downtime. There can be subreddits for almost anything.

Here’s some information to get you started with reddit.

They say there’s a subreddit for everything. Type in an interest and Snoo (our time traveling alien mascot) will help find the right subreddit for you!

How it all works

As you’re participating, be aware that each subreddit has its own unique personality and rules, usually found in their sidebar. Those are the basics! Once you poke around the site a bit, please feel free to check out a more in-depth explanation about what reddit is and how it works. Happy redditing! 🙂 (https://www.reddit.com/message/messages/4dkbij)

Most of us harbor some strange interest–that may or may not be illegal–that could cause some embarrassment. Finding communities on the site that cater to those interest groups whether they be Pokemon or Collectible Action Figures is quite easy. The very first order of business for me was to find a subreddit to follow.

I typed in “Grand Theft Auto V” as I just bought the game a few months ago and immediately I was given a list of subreddits to subscribe to.

Now just as we were warned by the welcome message, on the sidebar this is what we noticed: 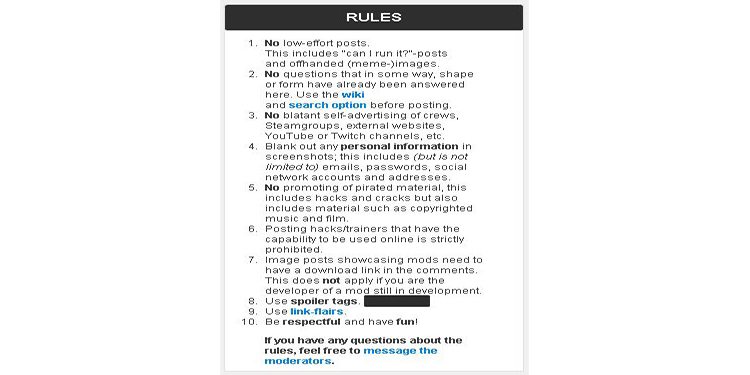 I was surprised to see pretty irrelevant thoughts posted on the subreddit, something about “hackers framing other players?”

Here is where it gets interesting. We all know about the various ways we can access our reddit accounts across our devices. They have an official mobile app as well as clone apps and such. What I wanted to know was, are there other ways to access reddit? and if so, is there more to reddit than what it seems to be?

I was amazed to find those answers a little later on.

I DON’T want a profile!

For those that can’t stand the thought of making another profile somewhere on the web that is linked to your already overflowing email inbox, this app is perfect for you.

Just as the name suggests, Reddit Lurker lets you look at what you want to look at and helps to organize the subreddits you want in with a swipe of your thumb. Useful for those embarrassing subreddits that you don’t want to associate with but can’t help but look at.

Back when I was scraping the bottom of the barrel with “Big Red” I went to work partly only happy because we had superfast Wi-Fi. I ended up using that Wi-Fi as long as I could before I finally walked away. With this app you can too.

Syncing your favorite posts with this little gem is easy and allows you to dangle a carrot in front of your face for having a productive workday. When the clock signals the end of your shift, you get to come home, sit back with a Rolling Rock and open up all your saved subreddit content.

I’m glad for you, I really am, perhaps even a wee bit jealous. No matter, if this is you, and you want a gorgeous layout that can take advantage of superfast LTE and your fat wallet by all means look no further.

While eye candy gets a bad rap for being slow and clunky due to the large amount of data that gets plotted for upload, download, and rendering, Now for Reddit takes all of those processes and boils them down to efficiency. Every gesture has a purpose. The design itself is meant to appeal to visual interaction with intuitive functions.

But I’m not rich… What about me?

If you happen to be like 99% of us in the United States and tend to watch what you spend then keeping tabs on your data usage is paramount. This app is great for keeping data low.

Based on the “Reddit is Fun” app, this is an open-sourced rendition designed for simplicity’s sake and does a killer job of it too. It isn’t the best thing to look at but when you have a little extra change in your pocket looks don’t really matter do they? 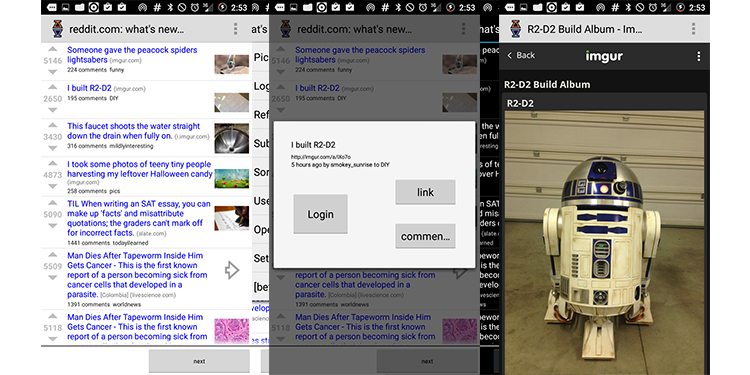 This little project is very efficient. 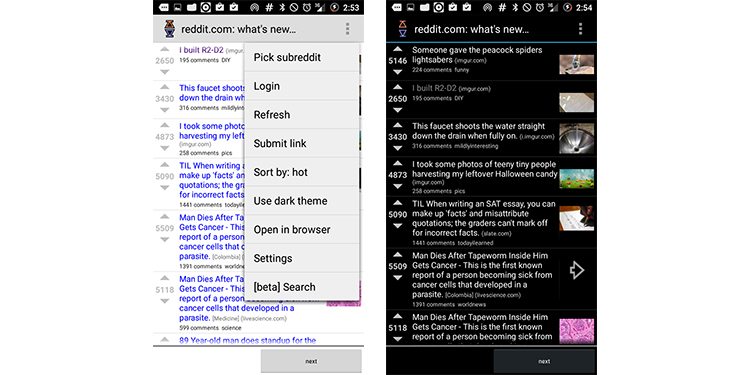 While celebrities are usually the domain of TMZ, reddit has a unique subreddit called “Ask me Anything” and it typically features those that are well-known in several disciplines other than entertainment serving the masses by answering Q & A–though spontaneity is suspect.

Short, sweet, and to the point is the name of the game here. It wastes no time and delivers you to the schedule of upcoming well known individuals. For some it may be a genuine need to understand them, for others it might just be a way to stalk your chosen celeb with as little involvement as possible.

Having an understanding of Reddit and how pervaisive it is, the potential for it’s use is limitless. It isn’t hard to imagine losing time just looking into the different sections, constantly finding new content and telling yourself just another ten minutes. The following apps help you limit your phone use to only what’s worth taking the time to read.

Much like the YouTube widget, this small application sits in your widgets picker and allows you to either assign specific subreddits or just the front page. 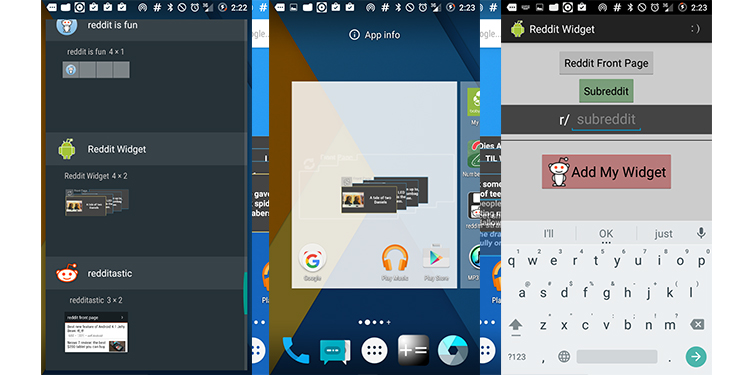 You can pick them. 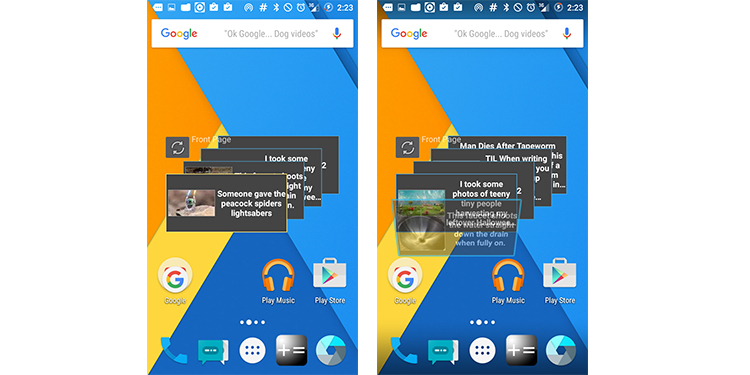 You can flip them.

No one can deny the impact that mobile phones have had on technology. Continuing this vein, wearable android devices are just now beginning to gain a foothold in the market. From LG to Samsung what were traditionally handset makers have stepped up their game and begun to manufacture wearables in the form of watches. One of the best arguements for wearables is that you can look at your wrist to see if it’s worth taking out your phone. Some applications are immersive enough to do the work on your wrist with you never having to take out said phone. Wear Notify for Reddit is one such app.

I own a Moto 360 and as I have come to find out they are notorious for giving terrible photos of applications running on the small screen. What I can say however is… the Wear Notify App is a great example of informed mobility–even if your subreddits are foolish. As such we had to pull images from other sites. 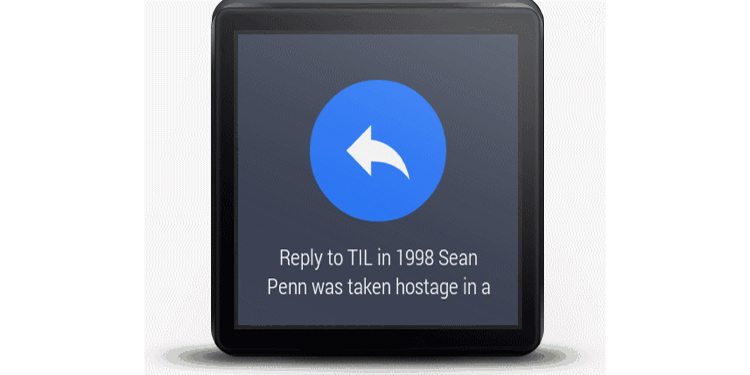 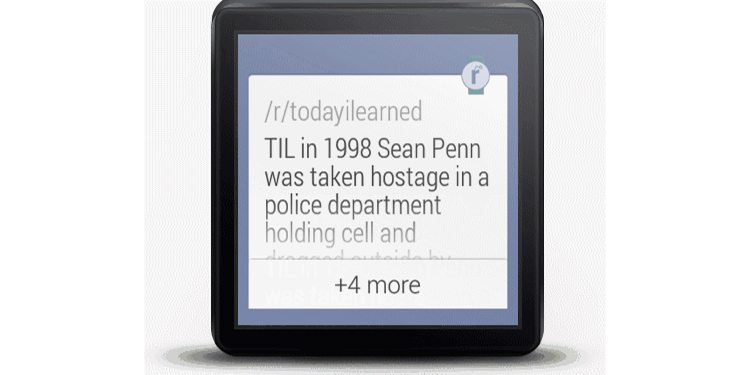 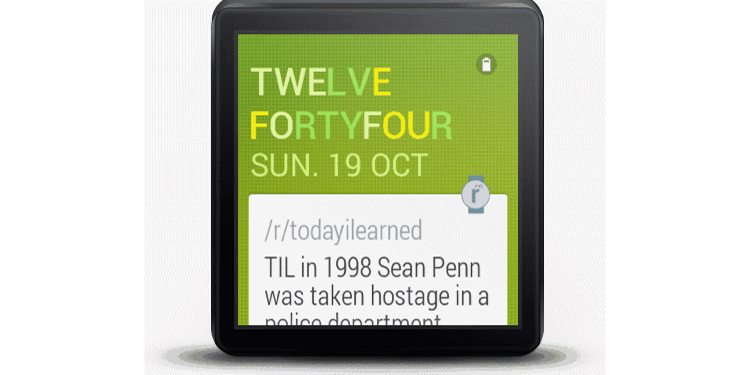 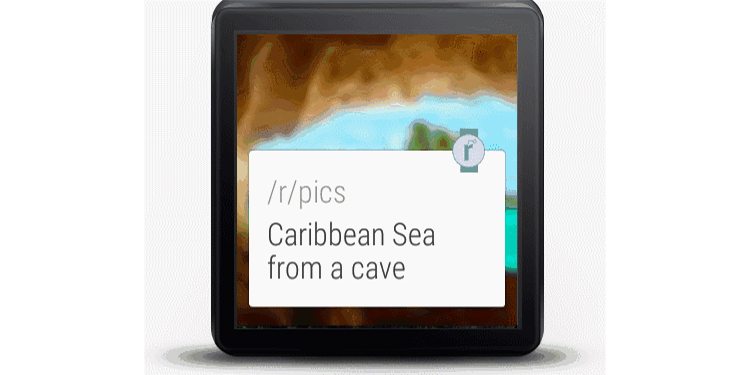 In closing, Reddit is full of amazing content, much more than one person could ever hope to read in a lifetime, much less keep up with. These apps may just help you stay informed–at least to the few subreddits you eventually begin following.

Why Do People Uninstall Apps? - infographic

Mobile Reddit Apps? The best to keep you in The Know