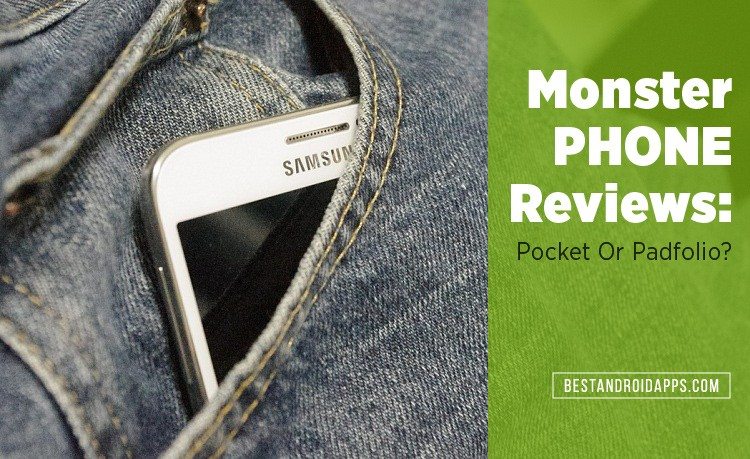 As we start to migrate from our living room television sets to our on-the-go mobile life (HBOGO, Netflix, Hulu+, etc) we often hear the same frustration, “My screen is so small”. Spying those same people on the daily commute—holding tiny phones with 3.5” screens a foot away from their faces—their ire is entirely understood. Before we go any further, a few of these phones may or may not work with your provider. That being said, your provider would be the best place to start when upgrading or replacing your current handset. Let us take a look at the following models for those in the 6”-8” bracket. They creep into tablet territory without sacrificing connectivity: The Google Nexus 6P, The Samsung Galaxy Tab Q, and The ASUS Fonepad 8 in our Monster Phone Reviews segment.

Which one is right for you? 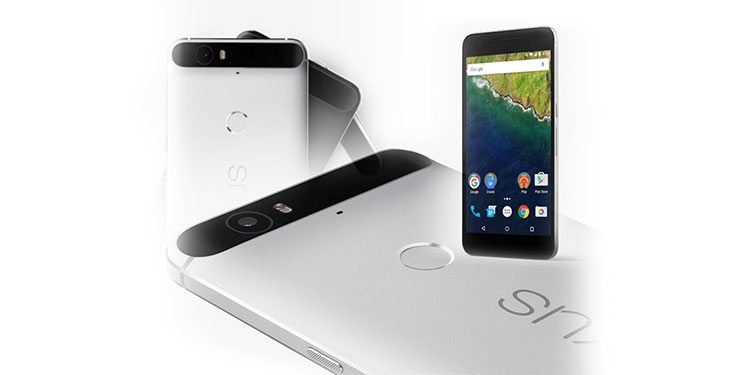 Picture of the Google Nexus 6P

We start our reading off with the Google Nexus 6P. In this case, it can’t be overstated, “The smallest of the bunch packs the most punch.” Right off, the specifications on the website give us

Specs aside, looking at the phone we have to agree that Huawei did a fantastic job with the build. Although it doesn’t exactly fit in at 6” we included it into our lineup nonetheless due to the extreme display. Many may argue that 4K resolution (4095 x 2160) is overkill for a 6” inch phone, we still like the clarity and crisp edges of displayed content in conjunction with the new Android 6.0 Marshmallow user interface—or it may be somewhat subjective because we know it’s 4K. Sadly, it’s not yet available for purchase, but it can be pre-ordered. 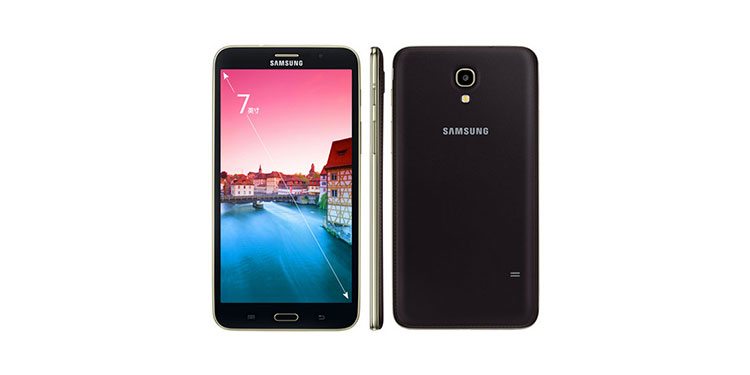 While it is extremely hard to get a phone developed for a foreign country to work within the United States, it’s feasible. The Samsung Galaxy Tab Q (SM-T2558) makes do with whopping 7-inches of screen real estate powered by a 1.2 quad-core Qualcomm Snapdragon Processor. The cameras land at 8-megapixel rear and 2-megapixels in the front. The display type is TFT and it does come in slightly lower than the ASUS Fonepad with 1280 x 720 pixels—though the differences are almost nonexistent. The Q runs Android 4.3 with 16 GB expandable memory, and a 3,200 mAh battery. 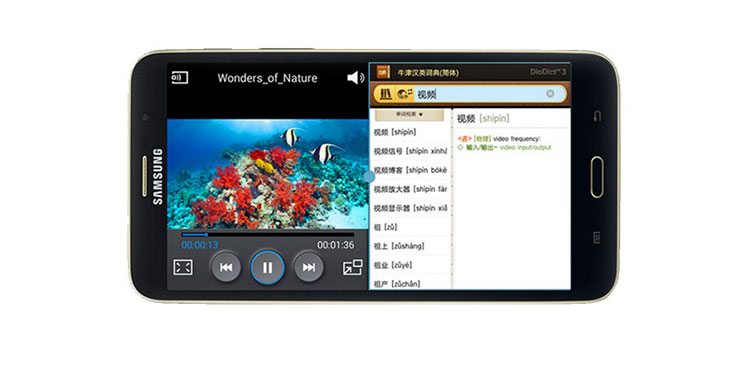 The dimensions for this handset steps up to 191.8 x 99.7x 8.9mm (LxWxH) and it weighs in at 250 g. It approaches the point where storing in one’s pocket becomes questionable.

The outside bezels very closely resemble the Samsung Tab 4, though the Tab 4 is lacks the capability to place calls outside of Wi-Fi. All-in-all it feels like a pretty solid entry in-hand with regard to quality. One of the best features about this phone is it displays in English as well. For those enterprising individuals not living in China, you can visit the following site for more details. 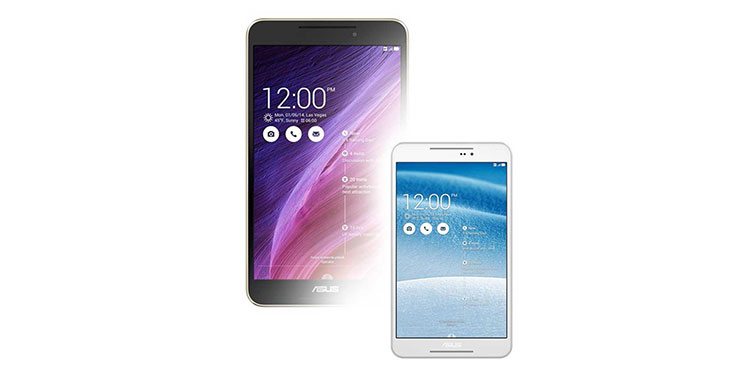 ASUS brings to mind excellent PC components such as Motherboards, Graphics Cards, and their own line of Gaming Desktop Computers. With the ASUS Fonepad we have a mash up of a small form factor tablet and cellphone. It weighs in at 310 g, measures 214 x 120 x 8.9 mm (LxWxH), and is available in four colors, black, white, red, and gold.

The screen itself is a 8” LED Backlit IPS Display with 1280 x 800 pixels that are powered by an Intel Atom 1.33 GHz Quad-Core, 64-bit microprocessor. Onboard Memory maxes out at 16 GB however it is expandable up to 64GB via microSD slot. The front camera sits at 2 MP while the back is a comfortable 5 MP, both are capable of autofocus with the rear video captures at 720p.

The moderate specs are more than made up with an extremely long battery life. The ASUS Fonepad has a  talk time of 21hours (3G) and a reported screen time of 12 hours! The only downsides might be the older OS—Android 4.4—and IPS display—it would have been nice to see an AMOLED display.

Bringing our sampling to a close, a few things have to be addressed. First, It’s almost impossible to see the difference between 720p and 4K on a handset. One would have to be extremely close to pick out the pixilation—having a bigger screen is supposed to alleviate holding the phone to your face anyway right? Second, the specifications may also be overkill, and probably won’t matter on a day to day basis. This means, if you’re using your monster phone to watch movies, surf the web, or play Angry Birds, you won’t miss some of the more expensive features of flagship models. Third, as screen sizes get bigger, you may want to consider that they will get heavier—heavier things hit the ground harder.

That being said, which phone would you want?

Android Versus iOS By Region - #infographic