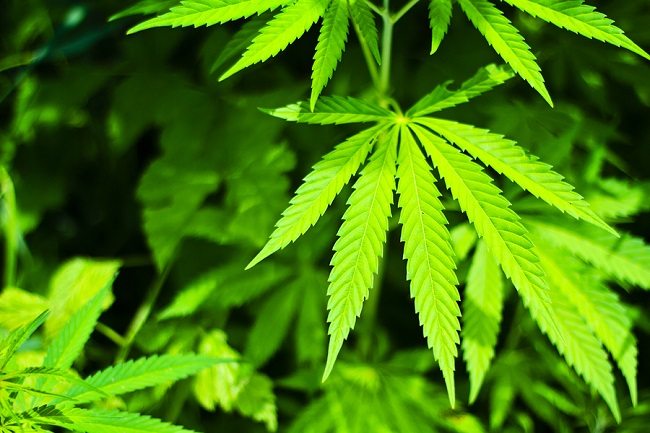 While marijuana remains illegal to possess at the federal level in the United States (and probably will remain that way for the foreseeable future), there has been a massive shift in recent years in the way individual states treat marijuana possession. It is now legal to possess and use marijuana for medicinal purposes in 23 states and the District of Columbia. Four states have gone even further than that. In Colorado, Washington, Oregon, and Alaska, cannabis can be legally purchased from dispensaries for recreational use, and it’s likely that other states will soon join their ranks.

Colorado was the first state to legalize recreational use of cannabis just three years ago, so everyone is still trying to figure out exactly how the legal marijuana marketplace will work. Dispensaries operate legally under state law, but there’s always a threat of being shutdown by the feds. Some dispensaries are much more visible than others. A few app developers have waded into this new frontier though to help you find the best dispensary and strain of legal weed near you. Whether you’re a long-time stoner who knows exactly what he’s looking for or a first-time user trying to find the right strain to treat a medical condition, there are several apps on Google Play that rank among the best marijuana dispensary apps on Android. 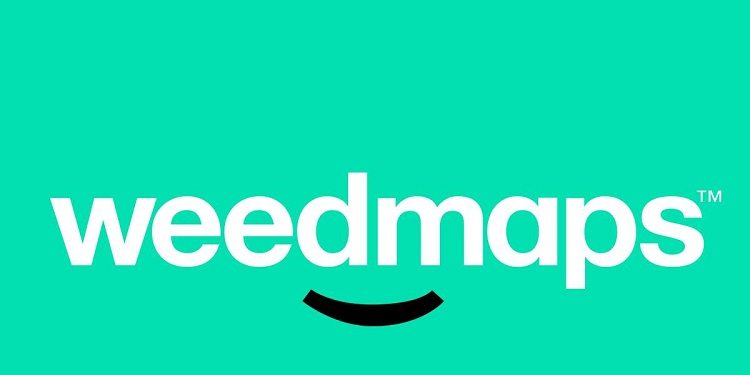 As soon as you open the Weedmaps app, you’re greeted with the nearest dispensaries, doctors who prescribe medical marijuana, and nearby delivery services based on your GPS location. Tapping any of those links will get you directions, contact information and user reviews. Weedmaps claims to be the first dispensary app on Google Play and it’s used that extra lead time to get things right. The app is easy to use, and whether you’re looking to get your legal marijuana fix fast, or browse all of the options around you, this is one of the best marijuana dispensary apps you can download.

Weed Finder has a lot of the same functionality as Weedmaps. You can easily  find dispensaries via GPS, but the app also features news links and has additional listings for seed banks, head shops and local attorneys. That last listing is especially important given that just because marijuana may be legal in your state, that doesn’t mean you can’t be drug tested and fired for using it. It’s not quite as easy to use as Weedmaps, but it still ranks among the best marijuana dispensary apps because it will get you where you need to go. 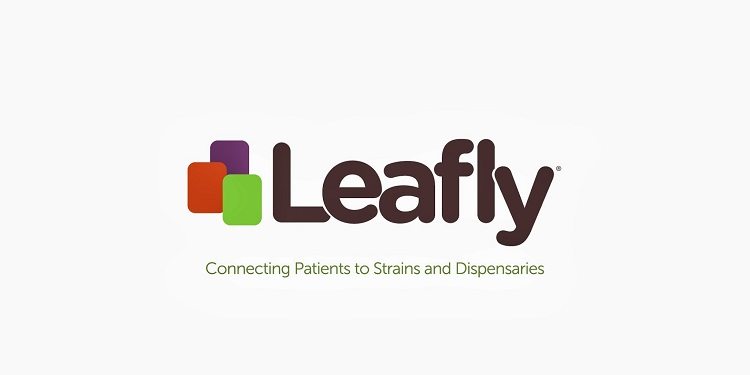 One concept that a lot of people don’t understand when they first start smoking marijuana or reading about medical marijuana is that not all cannabis is created is equal. And that doesn’t just mean that some weed is stronger than other weed or harsher to smoke. There are thousands of different strains of marijuana out there. Users feel that some strains are better for creativity, that others are more useful for sleep and relaxation and that still others can increase energy and productivity. Certain strains may also be better at treating conditions like migraines, anxiety or stomach pain than others. Leafly helps you sort through the many different strains out there to see which is right for you. There’s detailed information about the history of the strain and tons of user reviews. To top it off, Leafly has all of the standard GPS functionality for finding nearby dispensaries and clinics. Given the wealth of information available through it, marijuana dispensary apps don’t get much better than Leafly. 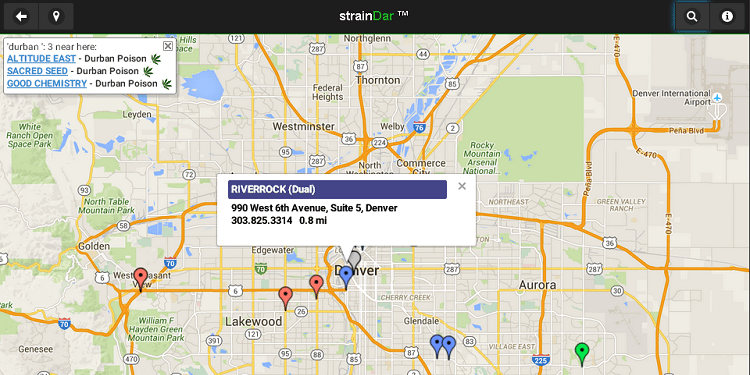 Let’s say you’re a more discriminating marijuana smoker, or you used Leafly to find the perfect strain, now what? Straindar is the quickest way to find specific strains near you. You can either type in the  name of the strain, or search a current Top 10 of the most popular strains out there. You can also sort by indica (for pain relief), sativa (for creativity), or hybrid strains, which target certain ailments. If you’re not just trying to find the closest dispensary and know exactly what you’re looking for, this is the best marijuana dispensary app you can download.

Who would have thought that less than a decade after smartphones were introduced to the market we’d be using them to find legal marijuana? Odds are that marijuana is legal in your area in some capacity, and if it’s not legal yet, it will be soon. That doesn’t mean you have to try it if you don’t want to, but if you have a prescription for it in a medical marijuana state or if you’re in a state where it’s completely legal and looking for the right strain for a fun night, there are plenty of marijuana dispensary apps on Google Play to help you out.