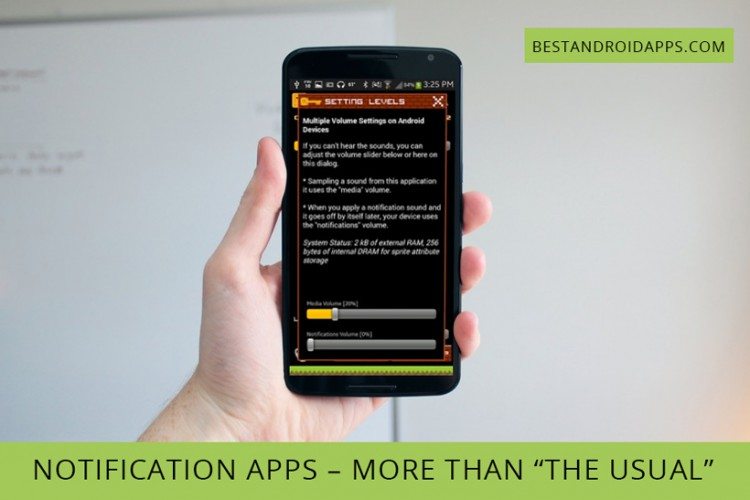 Notification Apps – More than “The Usual”

There are those of us that love having music ringtones from our favorite Musicians like Madonna, Coldplay, or even Metallica. For the rest of us we try to find something that isn’t so annoying that we never have our ringer on but loud enough to wake us up if we doze off somewhere. For the rest of us we gravitate toward synthesized sounds or tracks. A large majority will be satisfied with the stock sounds as they’ve gotten a whole lot better as Android gets older.

For a particular subset of us, we can’t be satisfied with our stock sounds. Nor do we want commercialized ringtones from popular songs. We want something different. Either a movie sound effect or a gaming sound.

It goes back to video games doesn’t it? 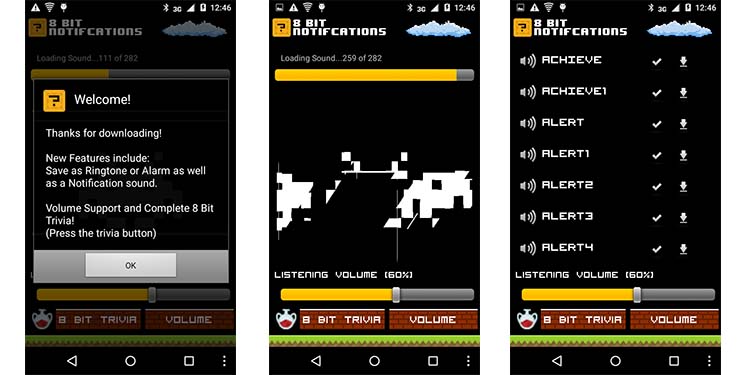 The UI is a “bit” stripped down but what can you expect from a retro stylized sound app?

We’ve seen quite a few video game ringtone and notification apps but they seem to have been swamped with advertisements and bogus methods of saving the music or tone to your device. Many function as a soundboard app of sorts. You remember those? A large app that had huge buttons with certain phrases from our favorite movies or actors. 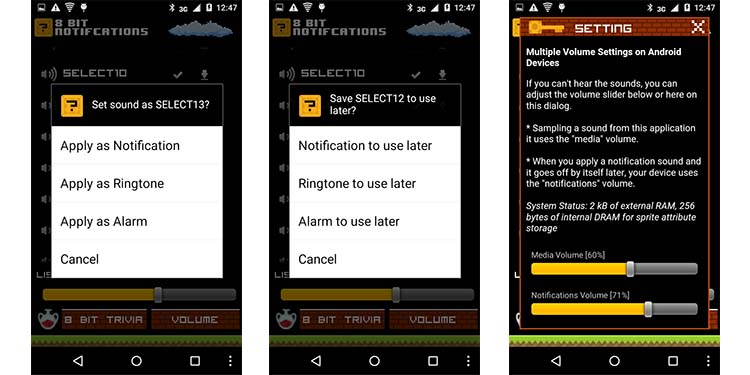 8 Bit Notifications aims to be the one stop shop for all of your retro 8 bit needs. In this group we find both the Nintendo Entertainment System and the Sega Master System. Both of which used interchangeable sounds typically swapped out through different titles. Back in those days sounds weren’t all that important. As long as something sounded like a “jump” it was alright by many players. 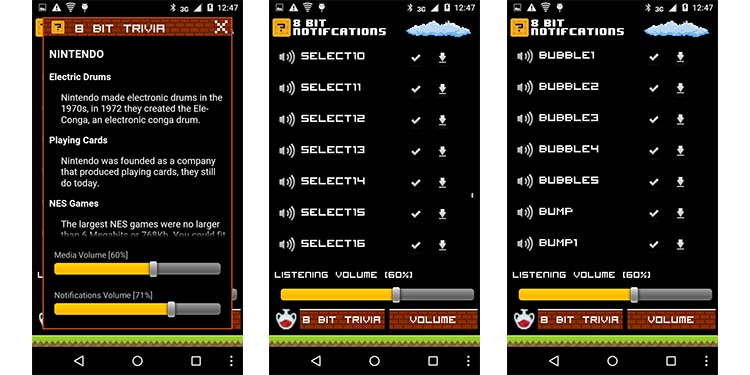 Fun Facts, as well as a generic list of sounds. Can you guess which are from what game?

Today our sophistication with music and sounds in gaming has gotten noticeably higher but the classics never die. 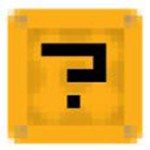 GET IT ON GOOGLE PLAY!