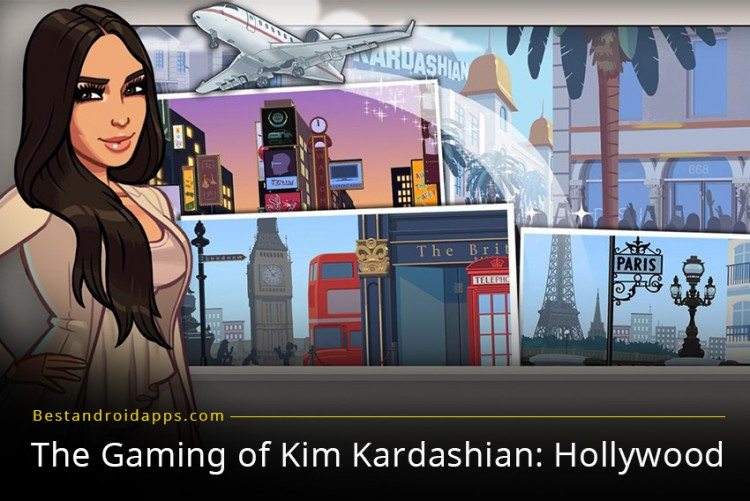 We never thought we’d be reviewing this game right here.

Not as an author for Best Android Apps but as a person, I’m not fond of Pop Games in general. I am a hardcore gamer that loves great gameplay and epic storytelling. I hate simplistic graphics because I’ve grown up in the NES and PSX console era having seen the progression from blocky pixilated characters to the ultra detailed rendering found on my PC titles. I believe a title should have goals and in those goals I feel the story should reflect the care the developers have placed on it.

Right out of the gate we realize we have to wait what seems like 10 minutes for the title to load… things. We’re not really sure what has to be loaded but it’s loading nonetheless. The splash screen of a cartoonish Kim Kardashian giving us hints and tips is pretty odd but welcome considering this is–after all–her game.

I’m surprised I liked it.

The story starts off with you being asked to fold clothes and straighten up for your boss. You work in an upscale clothing shop that caters to the rich and famous. It seems to be just another day in Beverly Hills…

Then Kim Kardashian walks in the door and needs help with something to wear. Being the good guy you are, you suggest a dress and even let her slide without paying. As a thank you, she asks you to come by a local bar and have drinks to meet her publicist who helps her with her modeling and other businesses. From that point you meet a photographer, get headshots, then mosey along into the publicist’s office.

After a little bit of time she suggests you have lunch with her.

Along the way you meet various people that play a role in your future career. Granted it’s based on the fickle decisions of Hollywood, it hits home pretty solidly. Trying to make something of yourself in the biz really does depend on who you know. Would anyone besides Kim Kardashian find a place for you somewhere in the higher echelon of show business? We think her app does a great job of portraying a characterized version of those people she finds around her. Some of the dialogue is cheesy but overall, we sort of started feeling ashamed of such a guilty pleasure. It’s like drinking eggnog. You sip and sip thinking just a little but lo and behold, the carton ends up empty in the trash and you continue to tell yourself it was just one time and you’ll never drink straight eggnog ever again.

It has excellent graphics for the platform. Animations are smooth, crisp, and colorful.

The gameplay is very detailed with all of the problems ascending the ladder of greatness in becoming the next big star.

There isn’t much a need for actually spending money and buying things in the game.

It’s made by GLU!

The not so Great

It can get pretty melodramatic with the way the story moves along. Going from point A to point B twice because you forgot to get pictures of your face (headshots)

Being a man you’ll feel incredibly odd if you end up enjoying this title.

It’s made by GLU…

It’s hard to quantify this in a written article but we would say that the best reason for downloading this and giving it a shot is to open up your horizons for the things you might like. Everyone wants to be famous–so we’ve heard–this might just give you a little background on what real people do in Hollywood in order to gain followers. This is the most accurate area of the game. This being a Kardashian title we figured she would know about it best.

Download it and try it. Was your experience the same as mine? Did you end up liking it too? 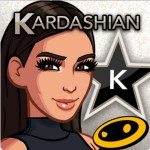 Join KIM KARDASHIAN on a red carpet adventure in Kim Kardashian: Hollywood! Create your own aspiring celebrity and rise to fame and fortune!

⋆ CREATE YOUR OWN STAR and customize your look with hundreds of style options, including Kim Kardashian’s personal picks!
⋆ STAR in a huge interactive adventure as you encounter other celebs, dedicated fans, persistent paparazzi… and even hang out with Kim herself!
⋆ RULE THE RED CARPET as an A-list movie actor, cover model, fashion designer and more – what you do is up to you!
⋆ TAKE OVER L.A. in a virtual world complete with exclusive clubs, upscale boutiques, and luxury homes! Travel to New York City and Miami!
⋆ DATE AND DUMP CELEBS at the best parties and hottest clubs! Flirt and become the next huge celebrity power-couple!
⋆ BRING YOUR FRIENDS ALONG FOR THE RIDE using Facebook – help each other rise to fame, compare styles, send gifts, and see who can be the biggest star!

This game is perfect for those following TMZ or other various gossip channels as it functions on very familiar principles in real life.

Here is a short gameplay video of the first section: